Trey Songz doesn’t stray far from his usual formula on the cover of his fifth studio album, Chapter V.

See the full tracklist below.

END_OF_DOCUMENT_TOKEN_TO_BE_REPLACED

The artist formerly known as Pleasure P returns with a new deal with eOne Music and the lead single from his upcoming sophomore album.

END_OF_DOCUMENT_TOKEN_TO_BE_REPLACED 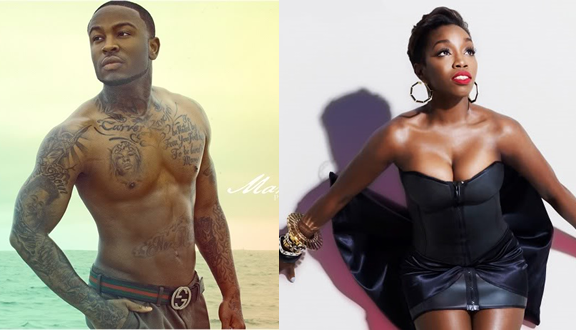 Marcus Cooper joins forces with Estelle for “Witness,” a newly released track from the former Pretty Ricky frontman. Sampling Color Me Badd’s “I Wanna Sex You Up,” the track finds the pair teasing about having the kind of sexual encounter you brag to your friends about. Sounds dirty, but it’s actually a cool tune to two-step to.  Judge for yourself below.

END_OF_DOCUMENT_TOKEN_TO_BE_REPLACED

Check out the latest single from singer-songwriter Lonny Bereal. “Make You Mine,” is the second single from his forthcoming debut album, The Love Train, due later this year. “Make You Mine” is a smooth R&B cut and serves as the perfect follow-up to the Kelly Rowland-assisted “Favor.”  Bereal, who has written and produced songs for Tank, Kelly Rowland, Jamie Foxx, and Keri Hilson, recently won a Grammy for his work on Chris Brown’s F.A.M.E., which took home the award for Best R&B Album at the ceremony on Feb. 12.  Listen below.

END_OF_DOCUMENT_TOKEN_TO_BE_REPLACED

New Music: Marcus “Pleasure P’ Cooper – “Who I Gotta Be”

Since leaving Pretty Ricky in 2007, Marcus Cooper aka Pleasure P has become a solo star. Released to favorable acclaim from fans and critics, his debut album, The Introduction of Marcus Cooper, spawned two top 10 R&B singles, and earned three Grammy nominations – including a nod for Best Contemporary R&B Album.

As he works on his sophomore set, ‘new’ tracks from the singer continue to hit the net. The latest, “Who I Gotta Be” is a winner. Listen to the ballad below.

Marcus Cooper – “Who I Gotta Be”

The artist formerly known as Pleasure P drops new music under his given name, Marcus Cooper. The Grammy-nominated singer teams up with singer/songwriter Sean Garrett for “Breaker Breaker,” a new track that hit the ‘net today. Cooper has been busy working on the follow-up to his 2008 solo debut, which earned a Grammy nomination for ‘Best Contemporary R&B Album‘.

Pleasure P has officially changed his stage name to his given name, Marcus Cooper, and released new music. As the former Pretty Ricky crooner preps a new mixtape and his sophomore album, a new track called “Hush” has surfaced.  Check it out and get introduced to Marcus Cooper.