Earlier in the week, I posted a video of Dawn Richard performing an acoustic version of “Automatic”for the first time. Well, it was so nice the former Danity Kane diva had to do it twice.  Dawn closed out her set at BMI’s “Next Fresh Thing” showcase at the Viper Room in L.A. last night with another stirring acoustic rendition of the track.

END_OF_DOCUMENT_TOKEN_TO_BE_REPLACED

Hundreds of screaming fans packed the outdoor concert stage to get a glimpse of Trey Songz on Jimmy Kimmel Live! on Wednesday (July 25).  The R&B crooner, whose fifth album, Chapter V,  arrives August 21, closed out the show with a performance of “Heart Attack,” the Rico Love-penned lead single.  Backed by a live band, Tremaine delivered a so-so showing on the late-night show; vocal rest and lemon should always be part of his ministry before performing live. Just sayin’.

END_OF_DOCUMENT_TOKEN_TO_BE_REPLACED 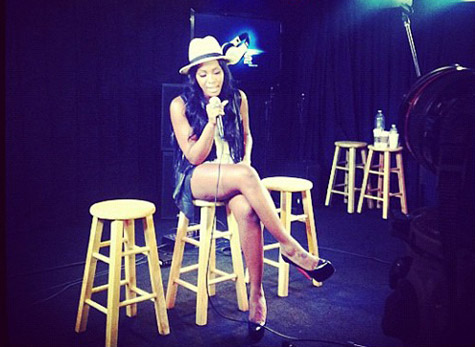 Since leaving Bad Boy, Dawn Richard has made major moves. During a recent appearance on KIIS FM’s “New Music Show,” the New Orleans native discussed her independently-released EP Armor On, which topped the iTunes R&B Albums chart, her solo debut album GoldenHeart, and performed an acoustic version of “Automatic” for the first time.

Scroll to 16:24 to watch the performance.

END_OF_DOCUMENT_TOKEN_TO_BE_REPLACED

Taylor Swift and Justin Bieber owned the night at the 2012 Teen Choice Awards on Sunday (July 22).

“I just feel so honored that I get to have you guys in my life,” a beaming Swift told fans as she accepted her coveted surfboard. Swift won five awards, including choice female artist, female country artist, single by a female artist for “Eyes Open,” country song for “Sparks Fly” and choice movie voice for “Dr. Seuss’ The Lorax.”

Bieber Fever reached new levels as the teen star hit the stage to perform medley of  “Boyfriend” and “As Long As You Love Me,” with rapper Big Sean, from his chart-topping  album Believe, and took home five boards.

END_OF_DOCUMENT_TOKEN_TO_BE_REPLACED 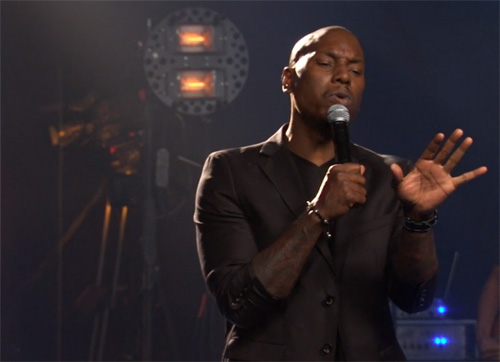 Tyrese stepped off his soapbox on Twitter to perform for AOL Sessions. The singer/actor, whose filmography ranges from urban classic like to Baby Boy to blockbuster smashes like Transformers, shared his intimate feelings and personal thoughts as he sang some for his hits like 1998’s “Sweet Lady,” 2003’s “How You Gonna Act Like That,” and his most recent top 20 smash “Stay.”

For all the things that can be said about Black-Ty’s rants and ramblings on social media, there’s no denying his singing ability. The man’s ’bout that singing life, folks. Check out Tyrese’s soulful Sessions below.

END_OF_DOCUMENT_TOKEN_TO_BE_REPLACED

Last week while in the UK, Usher performed on BBC Radio 1’s Live Lounge. He treated fans to some of his classics like “U Remind Me” and “Yeah,” and new tracks such as “Scream.” He also picked up a bass guitar and covered Foster the People’s 2011 hit “Pumped Up Kicks.”

END_OF_DOCUMENT_TOKEN_TO_BE_REPLACED

Kelly Rowland was one of the surprise guests during T.I.’s set at Hot 107.9’s Birthday Bash in Atlanta yesterday. The Destiny’s Child diva hit the stage to perform her smash “Motivation” with Lil Wayne for the first time live.

Backstage, Kelly revealed that she’s putting the finishing touches on her fourth album, and that she’ll be releasing music in the next “couple of weeks.”

Watch Kelendria and Weezy rock the stage below.

END_OF_DOCUMENT_TOKEN_TO_BE_REPLACED

Usher rocked the stage during the Microsoft Xbox press conference at the E3 (Electronic Entertainment Expo) on Monday (June 4) in Los Angeles.

The 33-year-old crooner, whose new album, Looking 4 Myself, hits stores on June 12, performed his new single,”Scream,” at the launch of Dance Central 3, a new game for the Microsoft console.

“We’re bringing these moves to the whole world! @Dance_Central 3 #XboxE3″ he tweeted.

Watch his performance below.